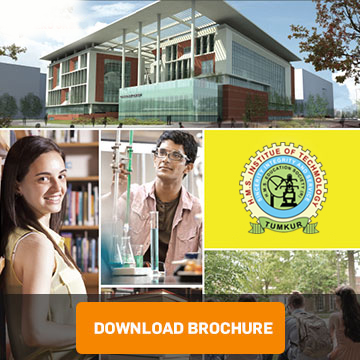 Prevention of Ragging:-
Any student studying / taking admission should not involve / indulge in any sort of ragging in Institution campus, in Hostels or elsewhere. The ragging in any manner is strictly prohibited. Any student found guilty of involving in ragging is liable for marking entries in original Marks Cards and other documents besides imposing of high penalties and also denying the issue of passport. The students found guilty in ragging will be subjected to severe police punishment as offence under IPC leading to expulsion from the college without any notice. However, the course of action for the guilty in ragging will be as per the rules and regulations on prevention of ragging imposed from time to time by the Government / Apex Courts or any other Competent Authorities.

Starting with academic year 2012-13, parents/guardians of engineering students in the State will have to sign an elaborate anti-ragging affidavit, swearing before an oath commissioner that their wards will neither bully nor bait their new college mates. This affidavit will whet another similar written declaration by the students themselves. The Visvesvaraya Technological University (VTU) has asked all its affiliated colleges to get the parents/guardians sign standardised affidavits. Until now, parents/guardians would sign a general statement with just a passing reference to ragging and its consequences.

The oath is one of the measures prescribed by the All India Council for Technical Education (AICTE) in 2009 to curb ragging in higher education institutes.

While students have been signing anti-ragging affidavits ever since the Raghavan Committee submitted its report on ragging in 2007, parents/guardians were not really required to give an elaborate undertaking in this regard. Last year, the university did ask its affiliated colleges to obtain similar undertaking from parents/guardians but did not press for it, VTU Vice-Chancellor H Maheshappa said. “We have made it mandatory this year. Every parent/guardian will have to take a proper anti-ragging oath,” he told Deccan Herald.

The university has drafted the affidavit, which requires parents/guardians to state that they are aware of the anti-ragging regulation and the penal as well as administrative action that their wards would be liable to face if found guilty of ragging or abetting it. Besides, they have to affirm that their wards will not indulge in any such behaviour and that they were previously never expelled or debarred by any college for ragging.

Asked if the new measure would prove a real deterrent as parents/guardians of mature adults as engineering students would have little control over them, Maheshappa said, “somewhere a line has to be drawn”. “Students would think twice before indulging in ragging if they know that their parents/guardians would be held responsible,” he contended. The circular against ragging issued by VTU Registrar S A Kori also asks colleges to form anti-ragging committees and squads.

Opportunity is waiting for you at HMS Institute of Technology